Silver Screen Fiend: Learning About Life From an Addiction to Film by Patton Oswalt 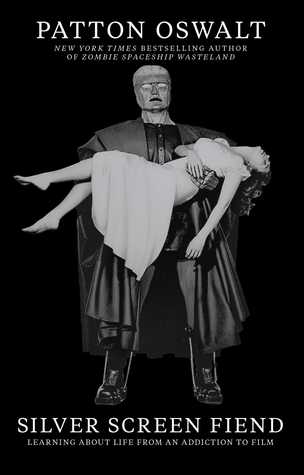 “Van Gogh entered a room in his mind when he painted The Night Cafe. He acknowledged his damaged (and worsening) psyche and, in acknowledging it, made a deal. He would be able to take newer, more original artistic conceptions out, would be able to capture them in paintings. His psyche found the deal acceptable. It let Vincent leave the room – the Night Cafe – with vistas and visions he hadn’t come close to in his career. But something followed him out, and latched on to him like a virus, and he was never the same.
He was a better painter. A transformed one.
…I still have both ears. My chest cavity is bullet-free.
But the concept of the Night Cafe – the room you enter, and then leave having been forever changed – is abiding, repeated event in my life. Six times, so far, it’s happened to me. All of them had to do with my creativity, and my imagination, and how I saw the world and my place in it.”
END_OF_DOCUMENT_TOKEN_TO_BE_REPLACED