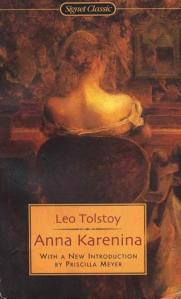 I’m going to start with a quick plot summary, because before I read this I didn’t really know what Anna Karenina was actually about. So, in brief: Oblonsky has cheated on his wife Dolly but he convinces his sister Anna to talk to her and they don’t get divorced; meanwhile Oblonsky’s friend Levin is in love with Dolly’s sister Kitty but she wants to marry Vronsky who is in love with Anna who is already married to Karenin but goes ahead and has an affair with Vronsky anyway so he rejects Kitty but it’s okay because she marries Levin anyway and Levin has these two brothers and one is a drug addict and the other is a stuffy author and they don’t do much but they’re around a lot and then Anna leaves her husband but he won’t give her a divorce and won’t let her keep their son so she’s very depressed about that and Dolly is the only one who will talk to her even though Oblonsky also works hard to convince Karenin to divorce Anna.

Everyone got that? It really could not be simpler.

END_OF_DOCUMENT_TOKEN_TO_BE_REPLACED

Reading Like a Writer: A Guide for People Who Love Books and for Those Who Want to Write Them by Francine Prose

First, let me get this out of the way: Francine Prose is the absolute best name for an author, ever. Some people get all the luck.

Prose starts this book by saying essentially saying that she’s a creative writing teacher who kind of dislikes creative writing workshops. So you know right off the bat that this will not be a typical creative writing manual, and I loved her for it. Prose spends each chapter going over a specific element of style used in novels, going into detail about each element and using examples from various authors’ works. The chapter titles, if you’re curious, go like this: Close Reading, Words, Sentences, Paragraphs, Narration, Character, Dialogue, Details, Gesture, Learning from Chekhov, and Reading for Courage. The book ends with her list of Books To Be Read Immediately, which I found very helpful.

END_OF_DOCUMENT_TOKEN_TO_BE_REPLACED 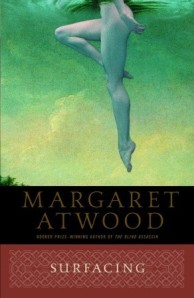 I checked the copyright date on this book and found out that it was first published in 1972. Let’s all pause and bow our heads to offer a silent prayer of thanks that Margaret Atwood has improved with time.

END_OF_DOCUMENT_TOKEN_TO_BE_REPLACED

On Beauty by Zadie Smith 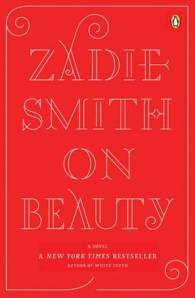 I try to summarize this book for people, and I find that I really can’t do it. The story, when you try to outline it, seems much too short to be stretched out across 443 pages. Here is my best attempt at summary:

The story takes place mostly at a fictional East Coast college in the US, although some of the story happens in London. There are two feuding families of academia, but the only pair that even slightly resembles Romeo and Juliet are the two mothers. The book is about race, poetry, art, Haiti, sex, marriage, college, poverty, wealth, politics, Rembrandt, Mozart’s Lacrimosa, rap music, death, and a million other tiny things I’ve probably forgotten. It is funny and sad and beautiful and ugly and loud and quiet and vulgar and touching, and is full of lines like this: “…it is never really very cold in England. It is drizzly, and the wind will blow; hail happens, and there is a breed of Tuesday in January in which time creeps and no light comes and the air is full of water and nobody really loves anybody, but still a decent jumper and a waxen jacket lined with wool is sufficient for every weather England’s got to give.”

Love and Louis XIV: The Women in the Life of the Sun King by Antonia Fraser

A detailed look at the reign of Louis XIV and the various women in his life. The list begins with his mother, Anne of Austria, who acted as regent when Louis assumed the throne at age four; and then ends with his last mistress, Madame de Maintenon. In between we get details of his first love, a couple other maitresses-en-titres, his wife, daughters, and in-laws. My favorite of the bunch was Mary Beatrice d’Este, who was the wife of the exiled King James II. When the king had to leave his country, he took his wife and daughter to the French court, where they lived under Louis’s protection for several years. Mary Beatrice, apparently, was very intelligent in addition to being beautiful, and she and Louis were very close. Fraser doesn’t think they ever slept together (I vote “doubtful”), but their relationship was still very interesting.

END_OF_DOCUMENT_TOKEN_TO_BE_REPLACED

Candy Girl: A Year in the Life of an Unlikely Stripper by Diablo Cody 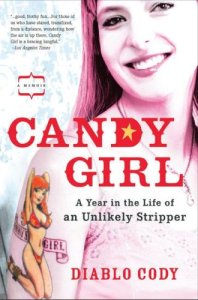 Some books are meant to be kept in sacred spaces. Some books are so amazing, so wonderful, so full of personal meaning, that they can’t even be kept on an ordinary bookshelf with the others, and need to occupy their own, special place. Some books deserve such honors.

And some books deserve to be kept in the bathroom. Which is exactly where the copy of Candy Girl resided in my apartment when I read it. (I can’t claim responsibility for this placement – the book actually belonged to my roommate, but as far as I’m concerned any book kept next to the toilet is pretty much communal, so I helped myself.)

END_OF_DOCUMENT_TOKEN_TO_BE_REPLACED

The DaVinci Code by Dan Brown 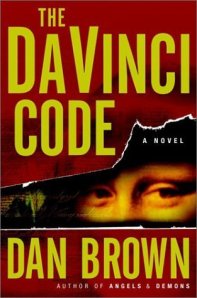 Reviewing this book gives me a distinctly silly and idiotic feeling, because I know that this book ranks only a few spots above chick lit on the “Annoyingly Superior Quality Scale of Real Literature” (that I made up just now). Anyone seeing my rating of Dan Brown’s work will immediately leap to the conclusion that the rest of the books I’ve read are just as poorly written/reviewed/researched/organized, and that my opinion is not worth listening to.

END_OF_DOCUMENT_TOKEN_TO_BE_REPLACED

Do I even need to summarize the story for you? Come on, you know this one – it’s Castaway, only not as good. Robinson Crusoe gets shipwrecked on an abandoned island (and here, “abandoned” means “no white people”) and has to learn how to survive. What follows are several hundred pages about carpentry and farming.

The story is actually kind of interesting, because who doesn’t enjoy a good survival story? However, the plot description provided on the back of my copy was grossly misleading, because it says that Crusoe is shipwrecked and “forced to make do with only a knife, some tobacco, and a pipe.” Uh, actually that’s the opposite of true. Crusoe is shipwrecked, yes, but the whole damn ship is floating just offshore after the storm, and is completely intact (to the point that two cats and a dog who had been onboard during the storm are still alive when Crusoe swims out there to take all the supplies, which are also in pristine condition). That was mainly what surprised me while I was reading this: how damn easy it was for Crusoe to survive. He had an entire ship full of supplies, fresh water, wild goats to domesticate, three shelters, and the cannibals didn’t even come to his side of the island! Jesus, anyone could have survived on that island. And if they could manage to get a native to work as their slave, so much the better.

Naturally, the book is colonial as all get out, what with the whole Friday thing and Crusoe’s attitude towards the natives who occasionally trespass on “his” island (but to be fair, he also hates Spaniards, because they’re Catholic.) So, I guess I was glad I finally read this, although I have absolutely no interest in reading it ever again. 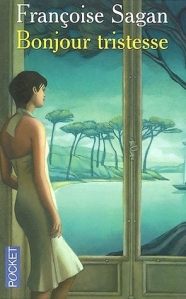 “That summer, I was seventeen and perfectly happy. …My father was forty, and had been a widower for fifteen years. He was young for his age, full of vitality and liveliness. When I left my convent school two years before and came to Paris to live with him, I soon realized that he was living with a woman. But I was slower in accepting the fact that his fancy changed every six months! But gradually his charm, my new easy life, and my own disposition, led me to fall in readily with his ways. He was a frivolous man, clever at business, always curious, quickly bored, and very attractive to women. It was easy for me to love him, for he was kind, generous, gay, and fond of me. I cannot imagine a better or more amusing companion.”

END_OF_DOCUMENT_TOKEN_TO_BE_REPLACED

I rarely buy short story collections unless I’m already familiar with the author, and before this I had never heard of Steven Millhauser (or I thought I hadn’t, anyway – it wasn’t until I finished the book and read the author bio that I realized he was the guy who wrote “Eisenheim the Illusionist,” which was the basis for the movie The Illusionist). I never would have read this on my own, but luckily I have an awesome relative who, for my Christmas gift one year, gave me secondhand copies of three of her favorite books. Dangerous Laughter was one of them, and I can see why it’s her favorite. It might be one of my new favorites, too.

END_OF_DOCUMENT_TOKEN_TO_BE_REPLACED

loudbookishtype
Create a free website or blog at WordPress.com.